The Prevention and Relief of Poverty
Registered Charity No: 1187284

On 1 March 2020 Steep in Need (SIN), a Charitable Company Limited by Guarantee, acquired by transfer the assets, powers and responsibilities of the original Steep in Need Charity (SINC) (Reg No 1172000) which had been established by the Charity Commission (CC) under a Scheme dated 23 October 2015 to own and manage three former allotment sites for the labouring poor previously owned and managed by Steep Parish Council.

The Object of Steep In Need is:

‘The prevention and relief of poverty for the public benefit among persons who are in need, hardship or distress and are resident in the parish of Steep and adjoining parishes’.

Background of the Charity

For many years none of the Charity’s three sites has been used for allotments but remained fallow or let at low rents for grazing or other similar uses. It was thus necessary for the new Trustees to agree updated aims and objects with the CC.

The Trustees wished to have as wide objects as possible including the ability to help people with social and/or emotional needs etc. but who were not necessarily financially poor. This was not agreed by the CC who were adamant that as the original aim of the allotments was the relief of poverty the aims of the new charity should be similarly restrictive.

As part of the preparation for the new South Downs National Park Authority (SDNPA) local plan, the SDNPA gave local councils the opportunity to identify potential sites for housing development. For Steep several sites were put forward, including the combined Church Road site, of which the part owned by SIN comprises 85%, with the adjacent property next to the Village Hall owned by the Steep War Memorial Village Club, comprising 15%. When the new local plan was published the Church Road site was the only area within the Parish which met the SDNPA’s criteria and it was allocated for development of between eight and twelve residential units, with the requirement that a proportion should be classified as Affordable Housing and not less than 20% should be set aside as publicly accessible open space.

Please use the link below to download the Local Plan Document.

With the Charity’s Object in mind and after much discussion and investigation, the Trustees in line with their responsibilities to further the Object of the Charity, therefore decided to dispose of the Church Road site for development.

Marketing of the Site

The Trustees of Steep In Need and the Steep War Memorial Village Club, jointly the owners of the site, seeking independent, objective and experienced advice, instructed Henry Adams LLP, Chichester, to advise on and manage the marketing of the site.  The Trustee’s intentions being to obtain a development scheme which would meet the Objects of the charities, from a quality house builder who would understand the significance of the project at the centre of Steep and the enormous sensitivity of it; one who would also be prepared to work closely on an ongoing basis with the Trustees and the community to produce a harmonious, heritage-style result.

Henry Adams were formally instructed by the Trustees in April 2018, with the objective of ensuring the site was fully market tested, to obtain a sale at the best price reasonably possible to a proven house builder who could provide a Legacy scheme in keeping with the Trustees aspirations.

Sales particulars were prepared and a strategy determined to market the property by means of informal tenders so as to test the level of value that developers would ascribe to the land.

Marketing commenced with the sales particulars being circulated in September 2018 by Henry Adams to an agreed select list of house builders, totalling 15 companies.  This was backed up by a detailed information pack, produced by Henry Adams and hosted on their website.

The initial tender date was set for early November 2018 and, with the Trustees’ agreement, this was extended to the end of November to provide more time for the formulation of offers, as was requested by some developers, to enable the maximum number of offers to be received.

Eight offers were received by Henry Adams, as sealed bids, and were opened by them at a meeting of the Trustees on 6th December 2018.  The offers covered a range of values with different conditions attaching and the Trustees therefore asked Henry Adams Development Land to obtain more information from the bidders to enable the bids to be considered on a like-for-like basis.

Trustees then visited developments which either were completed or in the process of completion, to see for themselves the quality of the products, finishes, styles etc. produced by each bidder.

In January 2019 Trustees of both Charities met again to review the revised bids and designs and to consider which bids were worthy to go forward for further consideration and to arrange interviews with those with the highest offers.

Following the interviews, which were conducted by Henry Adams, three companies were asked to submit best final offers. The highest offer, which also was considered the most beneficial overall, was accepted by the Trustees and a Preferred Developer was appointed.

Following the marketing campaign, and the choice of a developer, negotiations commenced on the contracts. These are continuing and agreements have not yet been concluded.

No plans for the development have yet been produced and the developer, working closely with SIN and the Steep War Memorial Village Club, will hold a public consultation before any detailed design work is started.  This will be followed by a number of further consultations with the community before a planning application is submitted to the SDNPA, who of course have the final word!

The split between the affordable and the market housing reflects a ratio laid down by the SDNPA and we are currently planning for four affordable and six market homes on the site, a mix which complies with the rules without overcrowding the area.  The SDNPA has also stipulated that a minimum 20% of the site be set aside as public open space and we expect that Steep Parish Council will assume responsibility for the management of the open space.

One of our main concerns is to try to ensure that the affordable houses, as time passes, remain under local control and do not ‘migrate’ into the private sector. Discussions are in hand with the Eames Almshouses’ Trust (EAT), with the full involvement of the developer, to enable EAT to become the purchaser of the affordable housing, in preference to a Housing Association which would be the normal route for a developer to take. To achieve this, EAT will require substantial funds which currently they do not have.  Subject to the agreement of the Charity Commission and of the other parties involved, SIN is planning, using the cash received from the land sale, to assist EAT financially.  This would ensure ownership of the affordable houses and the funds from the sale of the land stay within the village in perpetuity .

EAT are looking for larger housing units than their existing single-bedroom almshouses further along Church Road so that they can provide better help for local families.

SIN will continue to update this information as matters progress. If conditions in the current Covid 19 crisis permit, we are planning our first local public consultation in the winter of 2020 to look at possible plans, hear thoughts from the community and provide information. 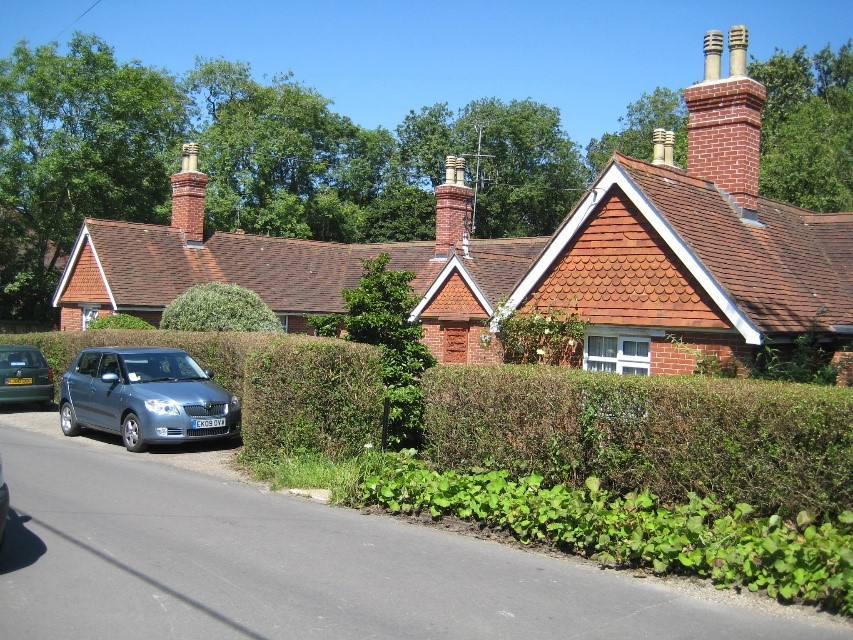 To read about regular updates on the actual development click here

This website uses cookies to improve your experience while you navigate through the website. Out of these cookies, the cookies that are categorized as necessary are stored on your browser as they are essential for the working of basic functionalities of the website. We also use third-party cookies that help us analyze and understand how you use this website. These cookies will be stored in your browser only with your consent. You also have the option to opt-out of these cookies. But opting out of some of these cookies may have an effect on your browsing experience.
NecessaryAlways Enabled
Necessary cookies are absolutely essential for the website to function properly. This category only includes cookies that ensures basic functionalities and security features of the website. These cookies do not store any personal information.
Non-necessary
Any cookies that may not be particularly necessary for the website to function and is used specifically to collect user personal data via analytics, ads, other embedded contents are termed as non-necessary cookies. It is mandatory to procure user consent prior to running these cookies on your website.
SAVE & ACCEPT